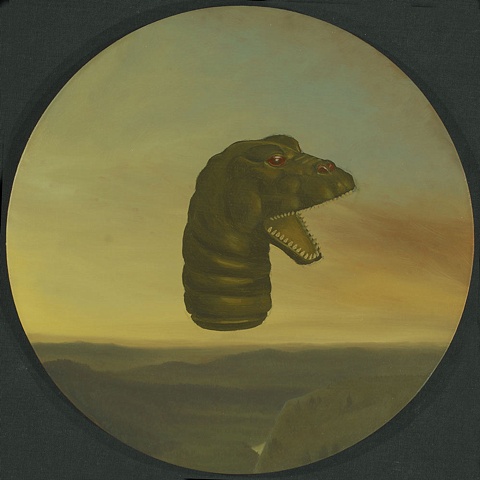 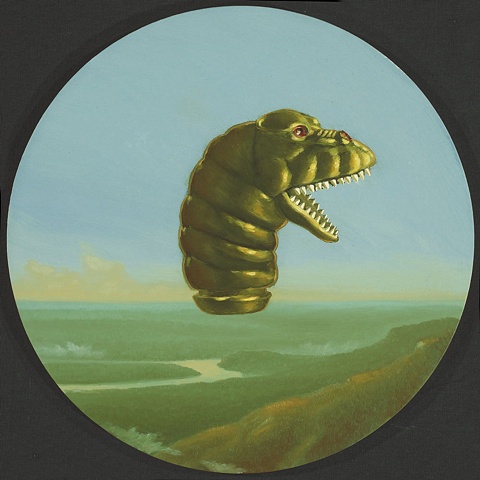 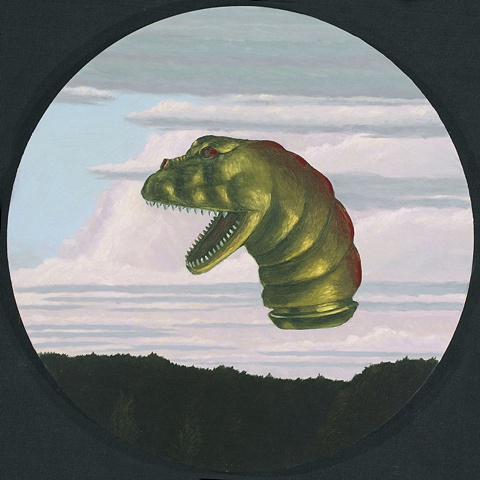 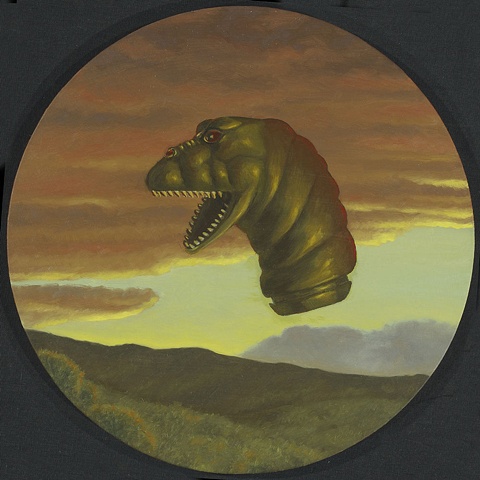 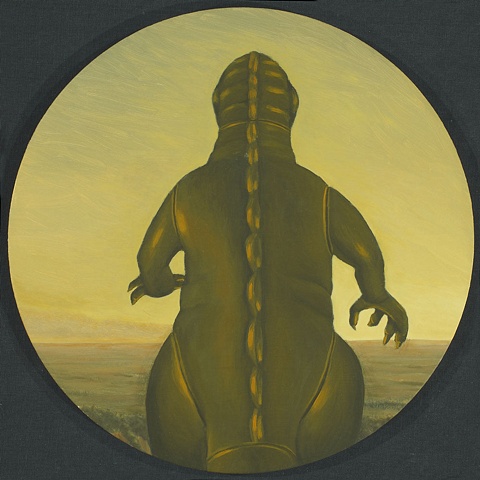 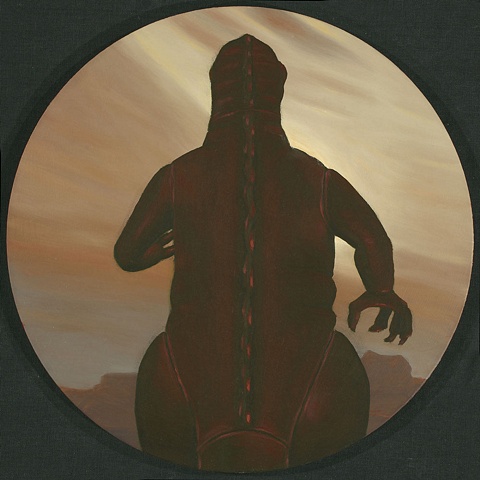 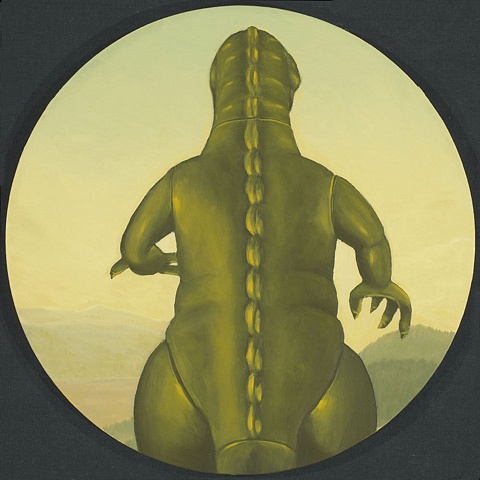 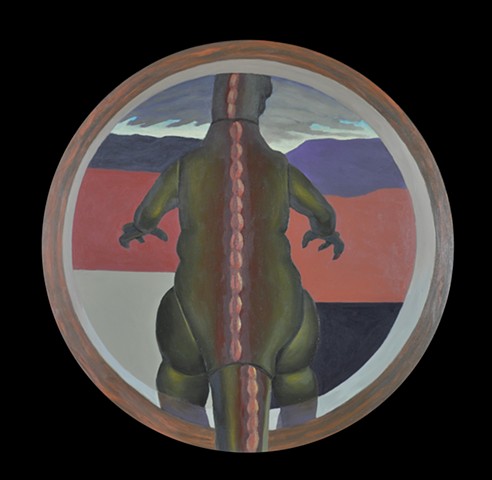 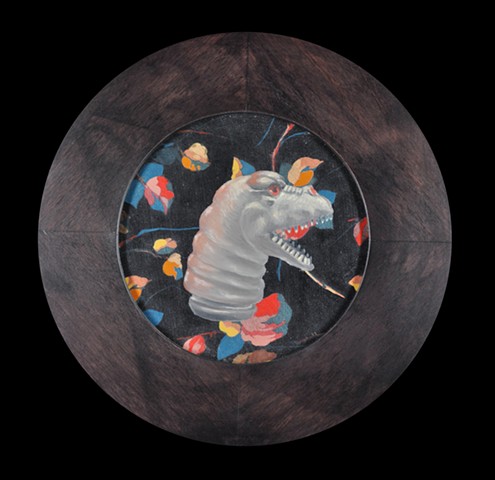 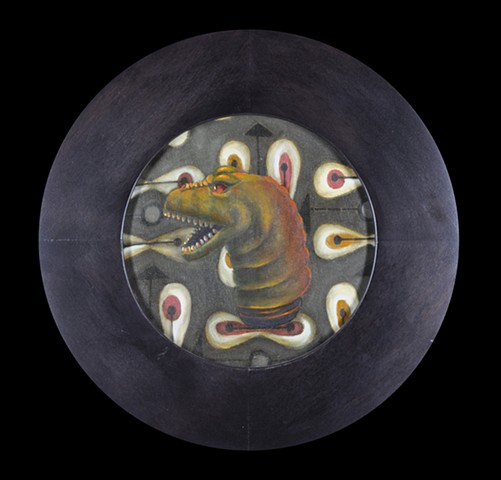 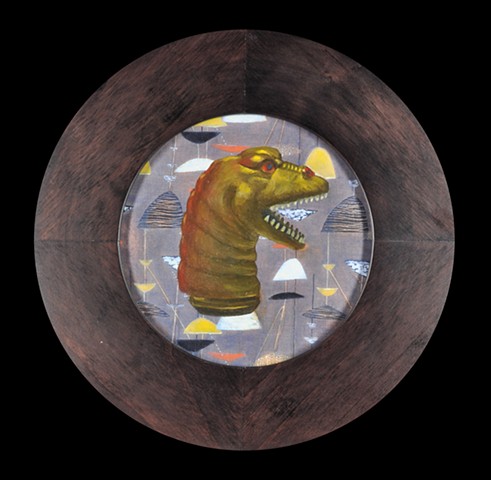 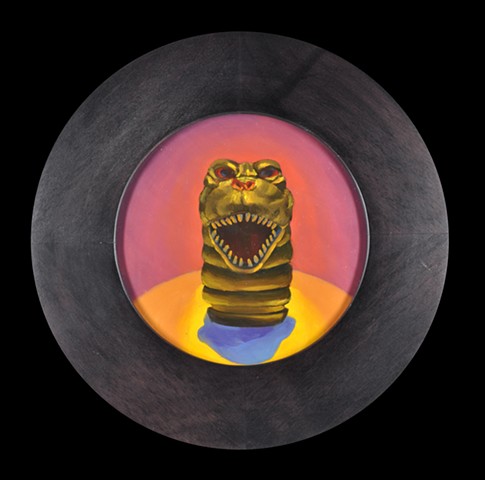 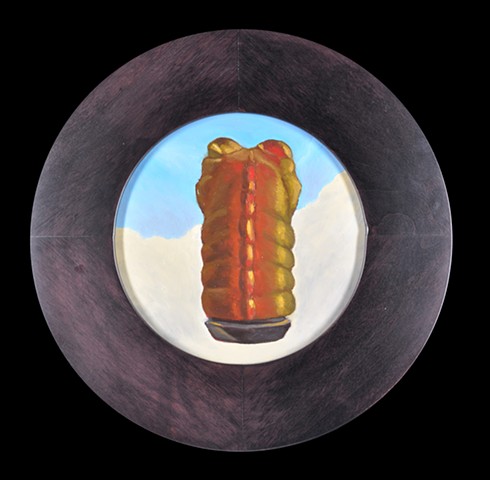 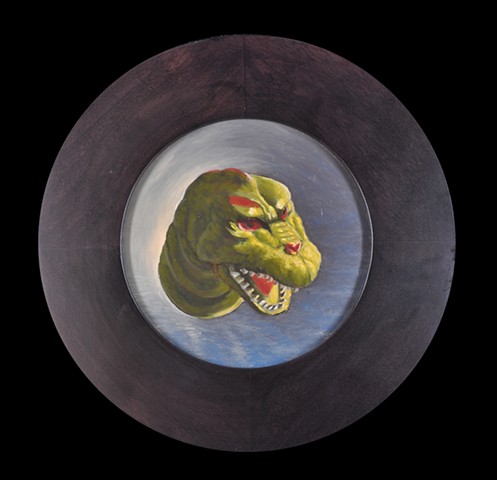 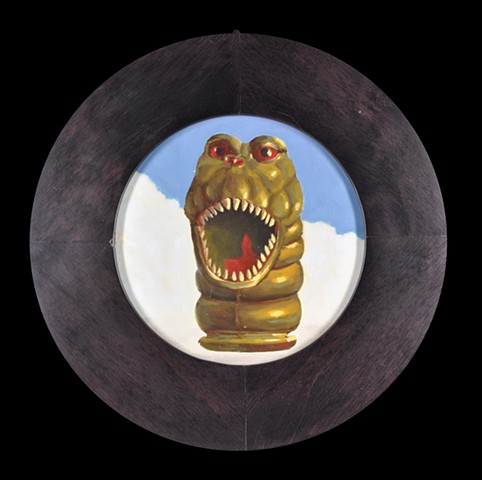 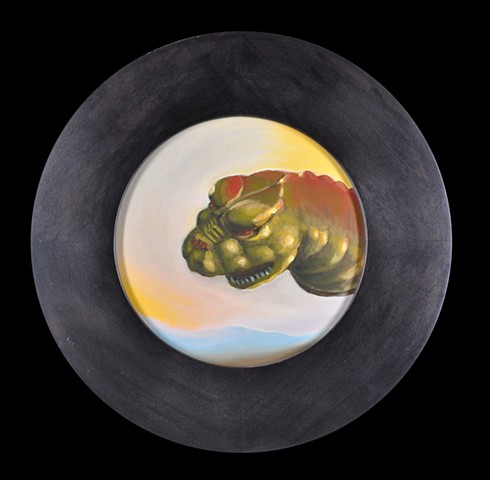 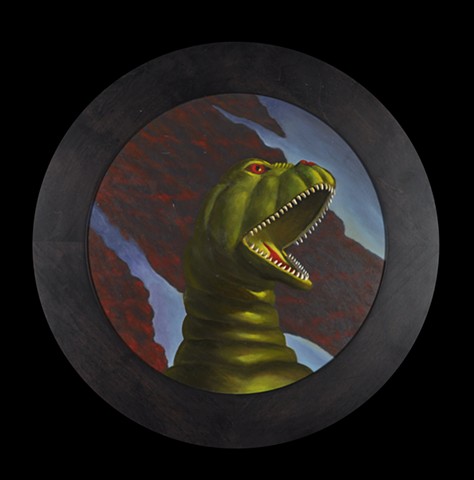 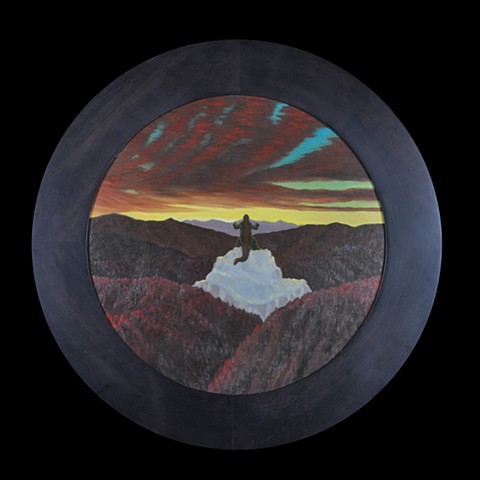 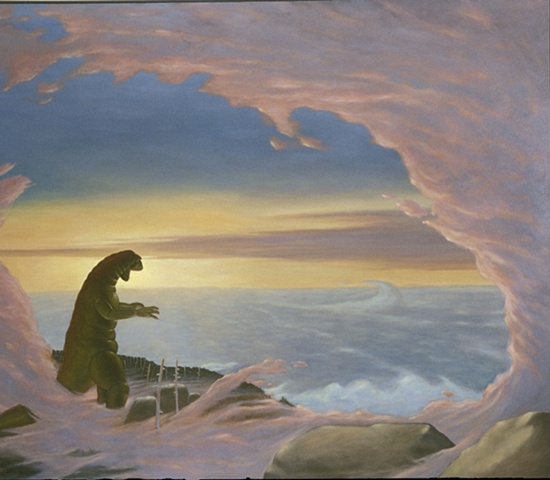 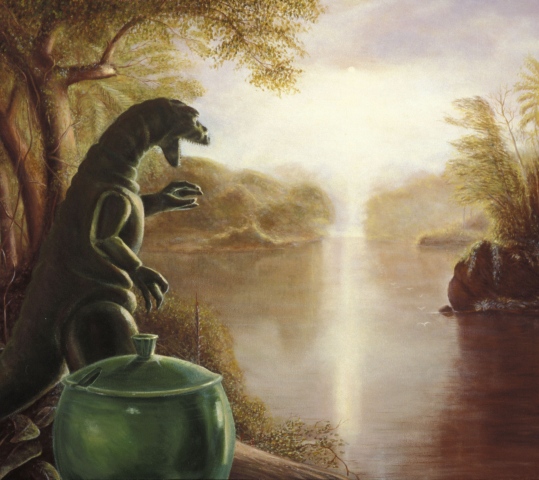 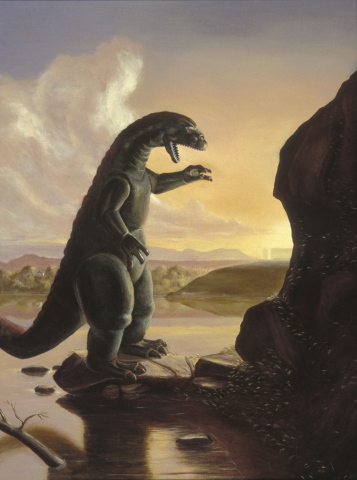 Godzilla on the Hudson
oil on canvas
18 x 24 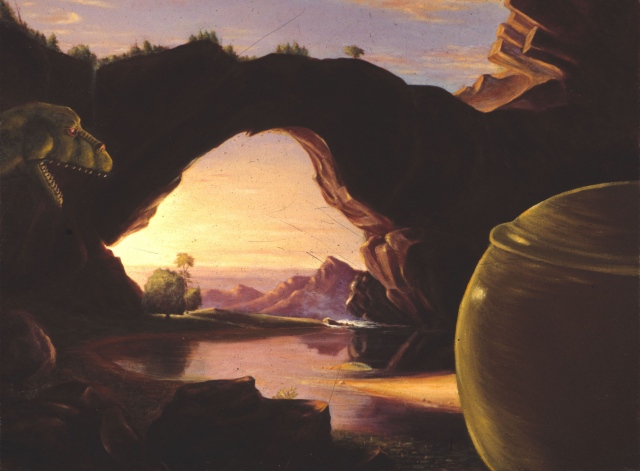 Godzilla and Fiestaware in Arcady
oil on canvas
18 x 24 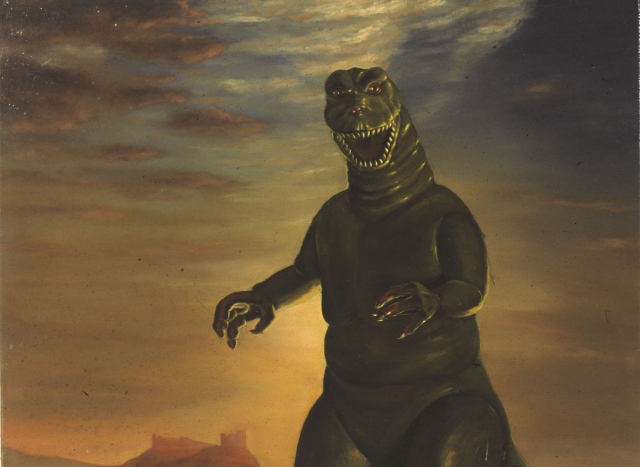 Godzilla in Peru at Sunset
oil on canvas 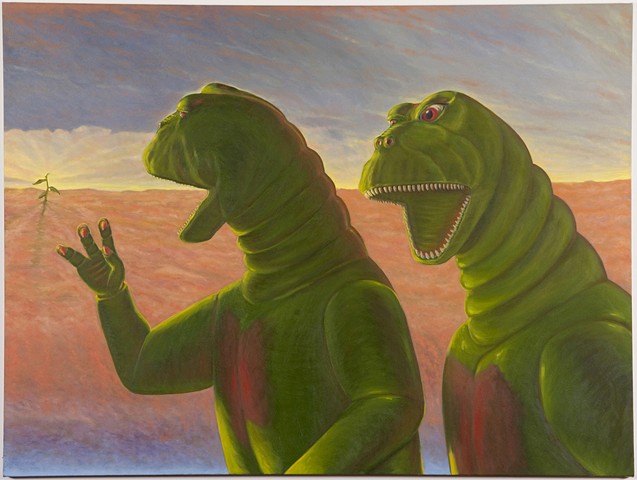 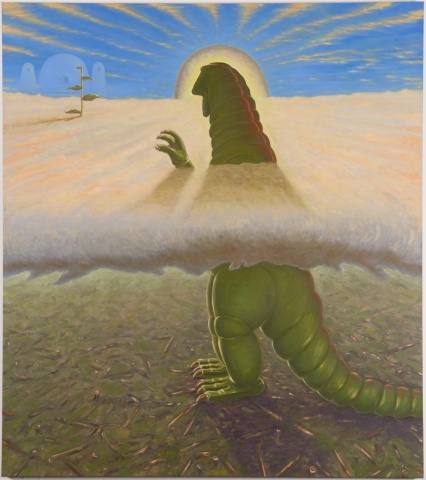 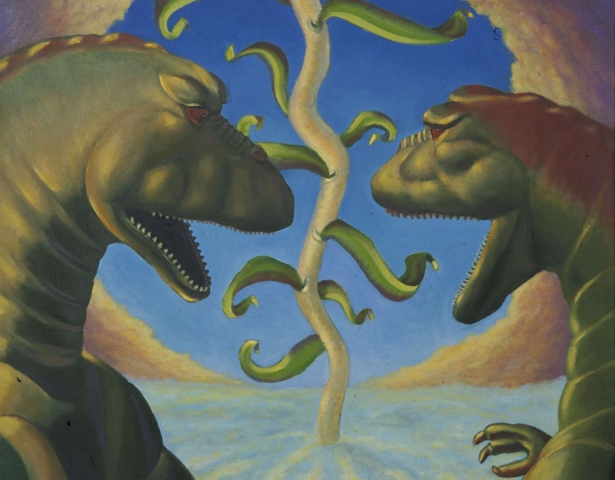 This series presents imagery derived from 19th century landscape paintings by Frederick Edwin Church and Thomas Cole, the fictional Japanese sci-fi character "Gorija" and objects from my collection of Fiestaware. My interest in Godzilla stems from a collection of toy Godzillas and the mythical nature of film's character that was paradoxically perceived as an innocent, aggressor, victim and avenger. The centralized formal organization reinforces the mythological intent.

The series evolved from a group of paintings that incorporated still-life objects into excerpts from reproductions of 19th century landscape painting. The titles of early paintings in this series often reflected this two-fold appropriation; “Godzilla” + “In the clouds at Sunrise” (a well-known painting by 19th century painter Frederic Edwin Church).